I write plays for all ages, including some that are written specifically for young people to perform. Some are serious, some are silly, some are science fiction, and some are all three.

You can also read about my favourite plays and playwrights or explore blog posts related to playwriting.

A Place in the World

In a future where aging has slowed and a child can only be born after a space opens up for them, Ira's plan for a low-key move into middle age is ruined by family members with other plans for her 100th birthday party. 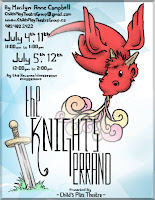 King Arthur, Lancelot, and Percival recount the story of Ferldamed, a lesser-known knight of The Round Table who must overcome his fear of the dark and his general lack of knightly skills both to fulfill a simple errand and to save his friends from a fearsome foe.

With less than an hour until a gaggle of teenagers arrive for a backyard barbecue, mother Lorraine and daughter Sasha have very different ideas about what makes for a great eighteenth birthday party. Sasha’s almost willing to compromise, until Lorraine reveals her plan to dig up the past....

On the eve of his fortieth birthday, lonely Ray stands on a bridge over a swollen river, building up the nerve to end his life. He’s interrupted by Gina, a highly-organized woman who has come to kill herself simply because she has nothing else left to do.

All the Light-Hearted Souls

After an unfortunate encounter with some woodworking machinery, Alex finds himself on the threshold between life and death, challenged to justify his detached and carefree ways.

A high school student craving internet fame enlists a classmate to illustrate her self-published e-zine. When desperate and disturbing messages begin arriving from a young fan on the other side of the country, the two clash over their responsibilities to someone they'll never meet.

From the Lunchbox Theatre website:
You'd think sealing off your front door with a solid wall of hedge would deter people from dropping by uninvited, but as Lance finds out in this heart-warming comedy, there is no force on earth as unstoppable as a bride on her wedding day.

This play was developed as part of Lunchbox Theatre's Petro-Canada Stage One play development series.

After a car accident took the life of her father and left her best friend James in a waking coma, Shannon left her hometown and shut herself away behind a daily grind. Now James' mother has passed away leaving a pop culture obsessed church minister and a local pariah to champion the plan to have Shannon return and take charge of James' care. As Shannon struggles with the request, the ghost of her father and the still-active consciousness of James work to make their presences known.

When Brian and Tasha learn their brother Corey has been killed, they awkwardly reminisce about a past they remember differently. Corey meanwhile insists he isn't dead, but nobody seems to be listening. 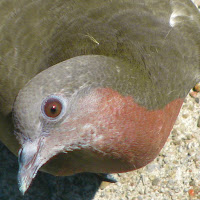 In 1850 Mimico, eleven-year old Janice and her father learn the power of nature and poetry. Written in under 24 hours for Write Local Play Global's annual "Play in a Day" challenge.