Sundays are for Fish Sketchin' (or, Drawing to Learn) 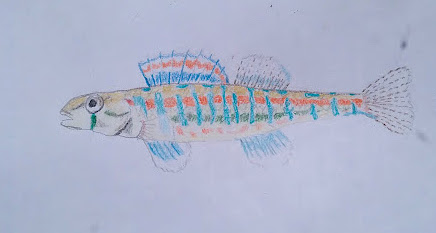 This morning I got up, ate some pancakes, and drew a fish. Because y'know, Sunday.
Meet the Iowa darter—or at least my best approximation of one.

My weekends haven't always been this way. Back in February I went to the Royal Ontario Museum for a one-day workshop called "Ontario Underwater: Freshwater Fishes of the Great Lakes". This was—and I cannot stress this enough—for fun.

I've had a good handle on Ontario mammals since I was a kid. I started casually birding in my twenties (although I still have a lot to learn) and more recently, my knowledge of local reptiles and amphibians has progressed nicely.

But fish, fish! For the most part, fish remained a mystery.

As I hoped, the workshop was a great introduction, but it was also a lot to take in in just a few hours. Luckily we were all sent home with a copy of the Freshwater Fishes of Ontario guide book, but what to do with it? With birding, you take your book and your binoculars and head out into the world. Hook…
Post a Comment
Keep reading »

The Beauty of Slowing Down 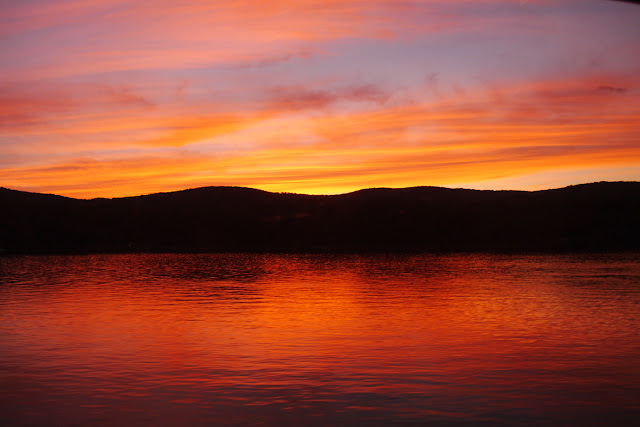 We've been staying home and social distancing for two-and-a-half months now, as the spring of COVID-19 stretches into summer. All things considered, I'm surprised it took me this long to decide to spend some of this formless time giving my website a little refresh.

When I was looking for a new banner photo, this image felt like the perfect choice. It's a lovely photo if-I-do-say-so-myself, but it's also a lovely memory. A year ago next weekend, Steve and I rode the Maple Leaf together, a train that connects Toronto and New York City. We'd travelled to New York before, once by plane and once by bus, but since then I'd discovered the joy of train travel during a three day solo rail trip across America (which is a story for another time). Although that trip was filled with once-in-a-lifetime sights, it was even better to rattle along a little closer to home if it meant I could watch the sunset with someone I love. 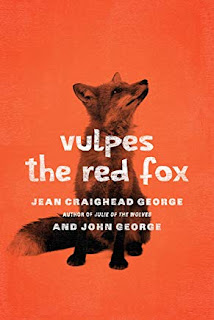 Today would have been Jean Craighead George's 100th birthday. She passed away in 2012 at the age of 92, but even if she didn't make it into the triple digits, her booklist did. George was a prolific author, writing over a hundred books - mostly for kids and mostly about nature and animals.
As a child, animal books were all I ever wanted to read. E.B. White's stories were an early favourite and still sit on my shelf, alongside titles like The Wilds of Whip-Poor-Will Farm, Misty of Chincoteague, The Dog Who Wouldn't Be, Beautiful Joe, and Where the Red Fern Grows. When most girls my age were reading The Babysitter's Club series - well, I was reading those too, but I was also devoted to The Saddle Club. I went through a Jim Kjelgaard phase and a James Herriot phase, accidentally learning a lot about the American wilderness of the 40s and 50s and life in rural England in the process.