I have below-average facial recognition skills. Frequently Steve and I will be watching TV and Steve will say "Look who it is!" and I will look, and look, and finally say "Who is it?" because I have no idea. That's not what this post is about, but it's helpful to know for this story... 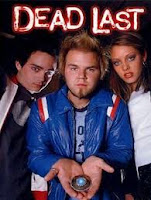 When the new X-Files was about to start, the Space Channel aired a best-of marathon over two days. We watched it on and off, sharing X-Files memories, and at some point on that first day I remembered hearing that Canadian Tyler Labine, who has been one of my favourite actors since Dead Last, appeared in not one but two X-Files episodes as "Stoner."

I went on IMDB to confirm and there it was in Labine's credits - bit parts in Quagmire and War of the Coprophages. I excitedly blurted my trivia to Steve, hoping that we'd catch a glimpse of Labine in the marathon.

"Hope he shows up in the new one," said Steve.

So tonight, this trailer came on, and I yelped, and bounced up in my seat and upset the cats.

Steve hadn't, but I did. 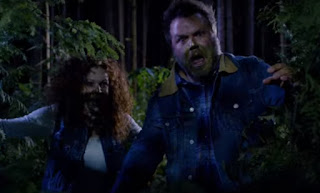 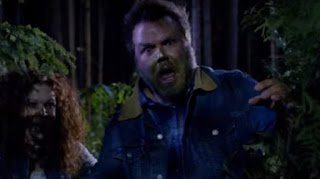 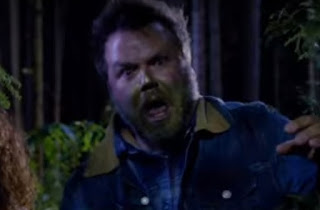 "It's like you have Tyler Labine radar," said Steve.

As if this could get any better, the internet says that the woman in that shot with him is Nicole Parker-Smith, who appeared in those same original episodes as Labine's co-stoner, and the two are actually reprising those roles.

The silly X-Files episodes have always been my favourite, and now it looks like Mulder & Scully Meet the Were-Monster is giving us the gift of more silly AND more Labine.

I don't know how everyone else is feeling about the new episodes, but this right here is more than I ever hoped for.