I really enjoyed going to the TIFF Kids International Film Festival, but after more than a week straight spent inside dark theaters watching movies or inside bright theaters watching panel discussions, it was time to spend some time outside.

One of the first things I saw on today's nature jaunt was a red squirrel. I've seen them before in the park, but not very often and not for a long time, so this made for a great start. 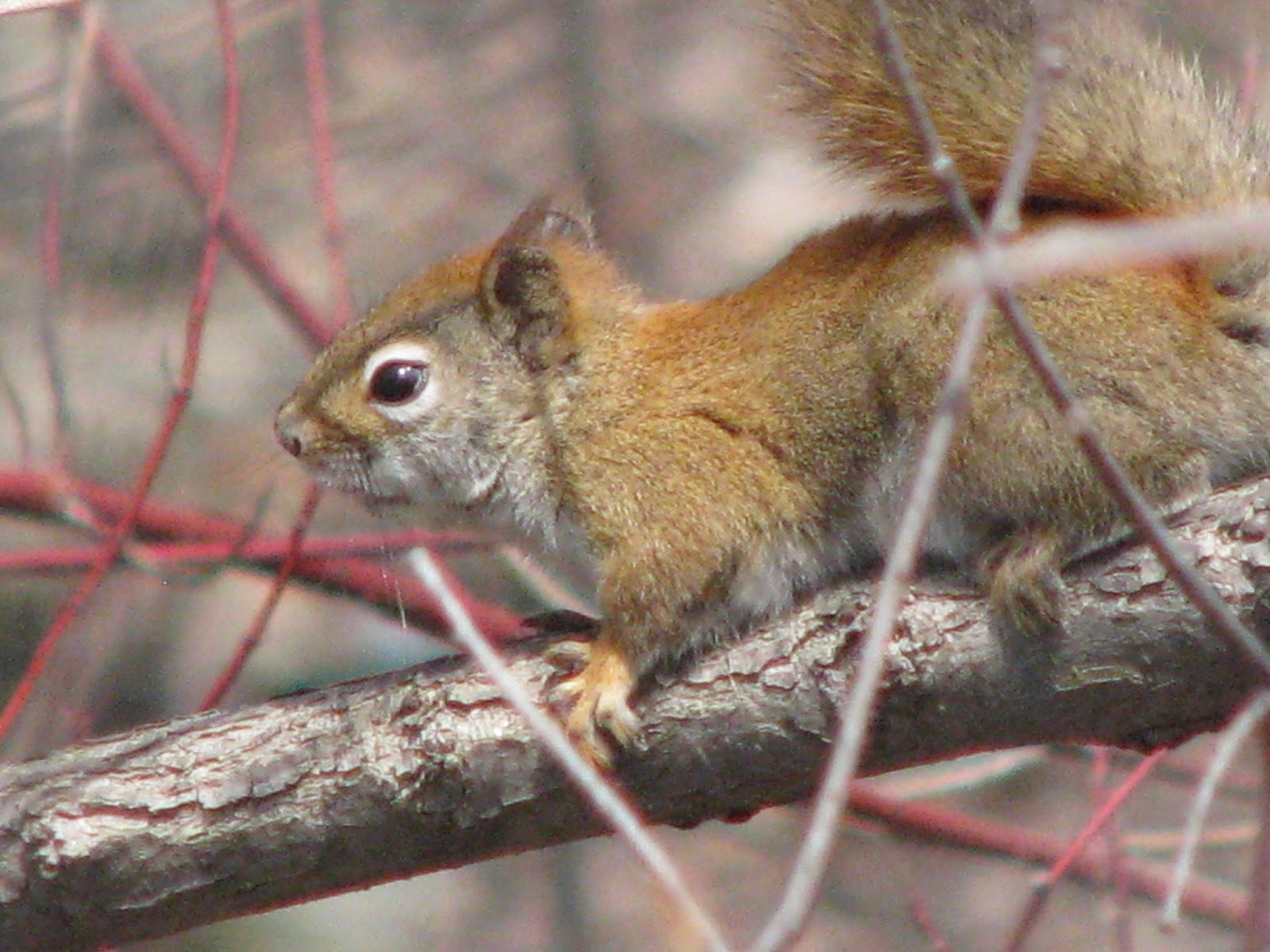 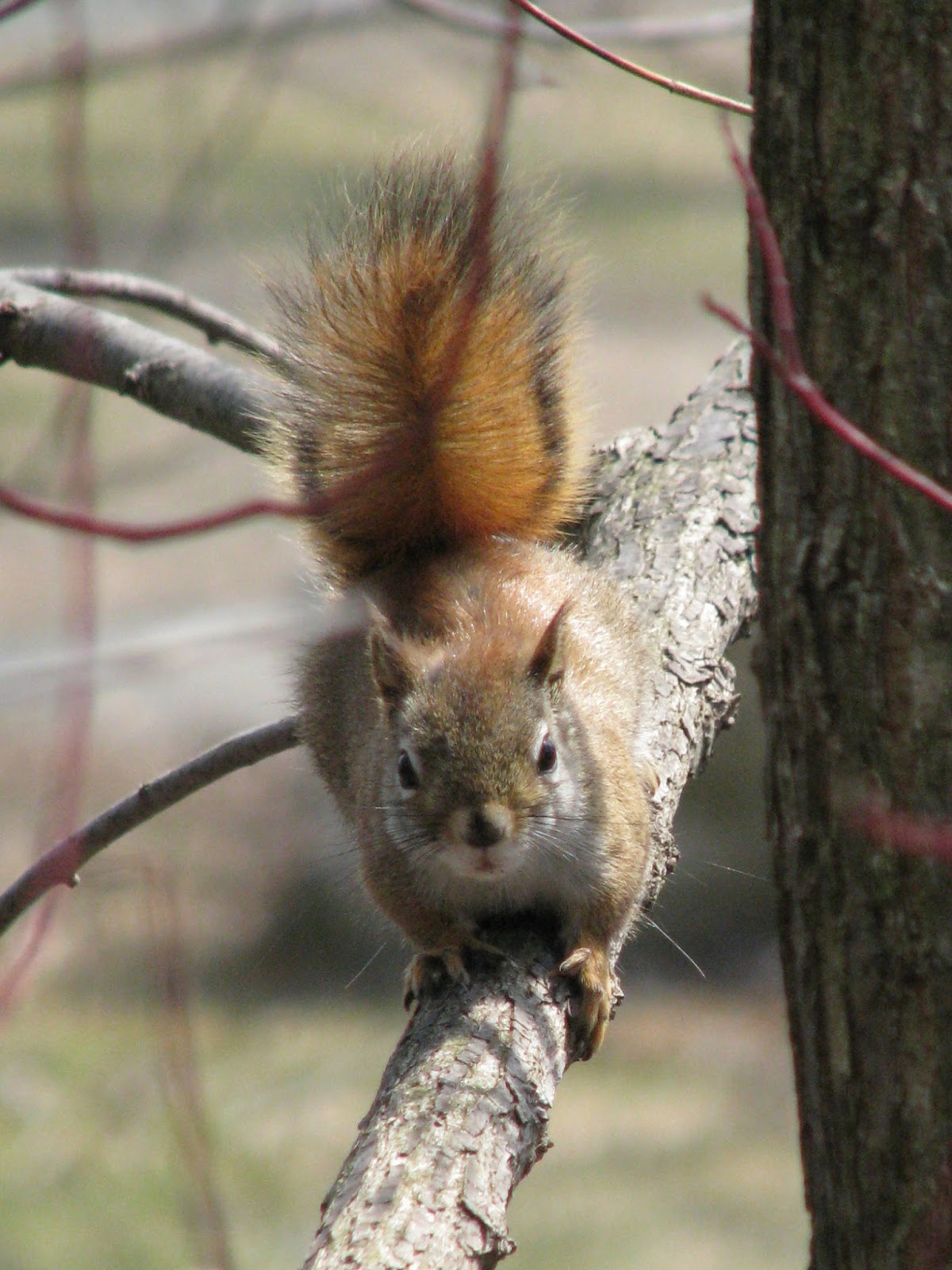 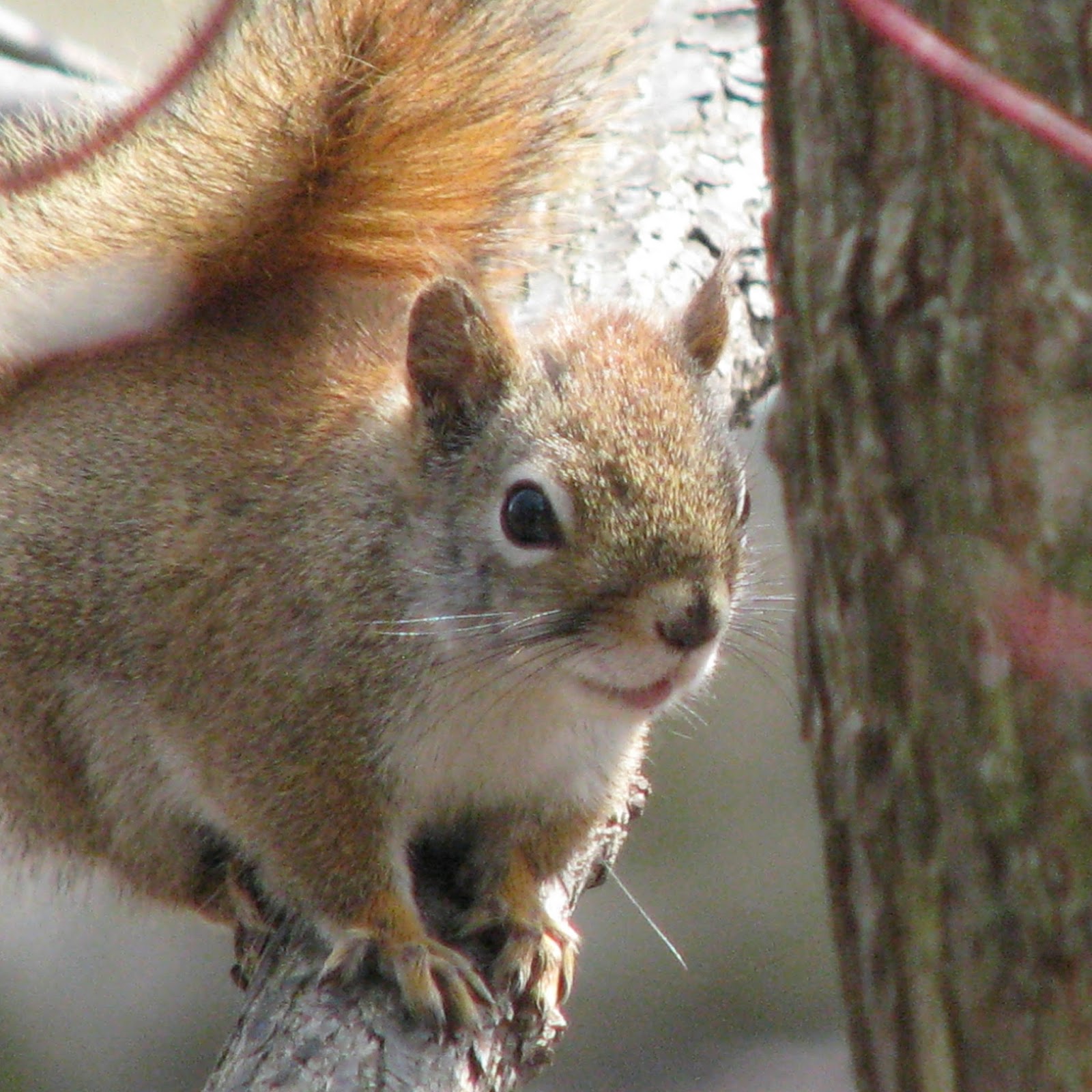 Then there were many of the usual suspects for this time of year. A grackle took time to pose on a rock for me, I pestered a robin while he/she was in the bath, and the red-winged black birds were out in force: 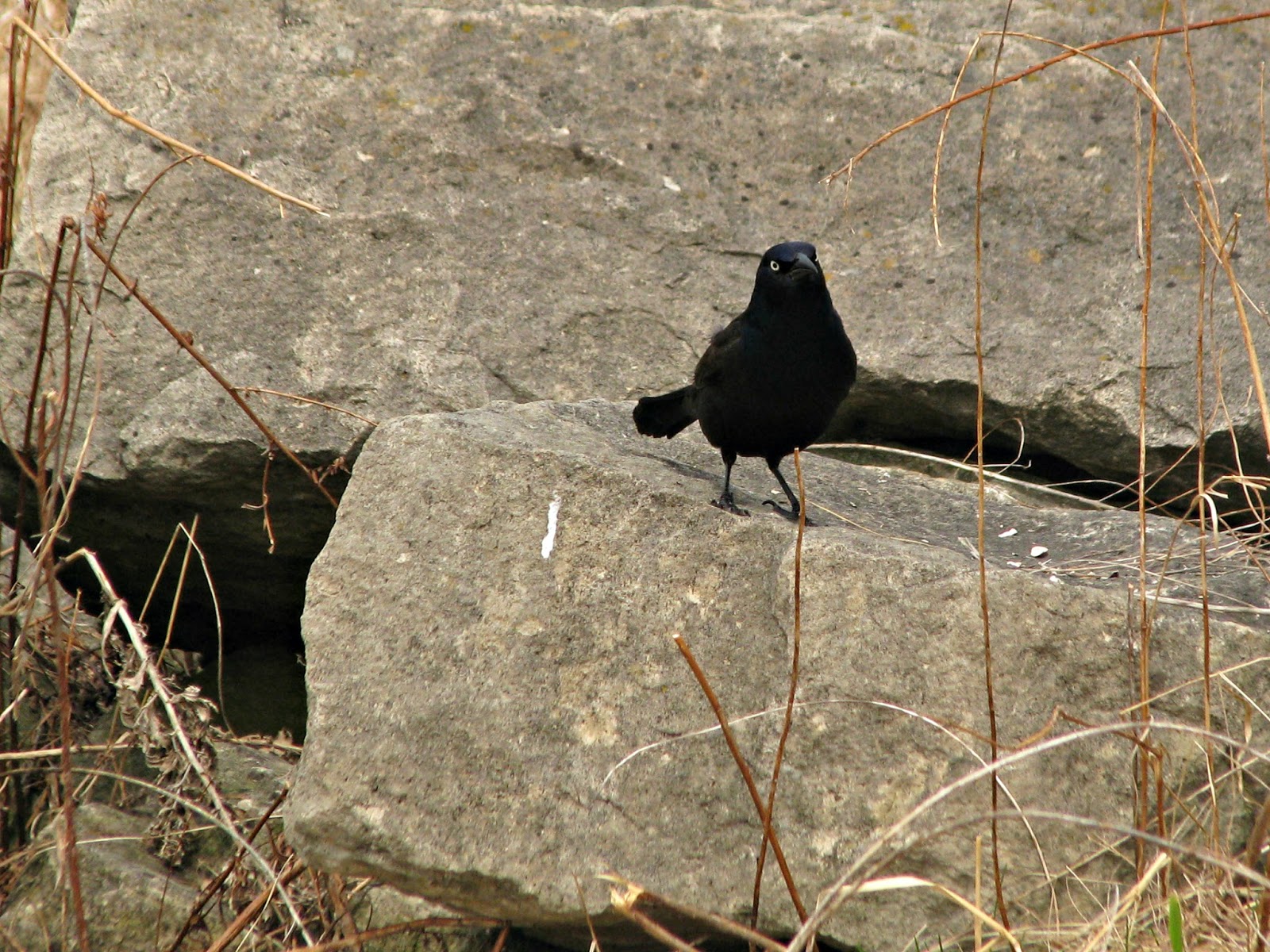 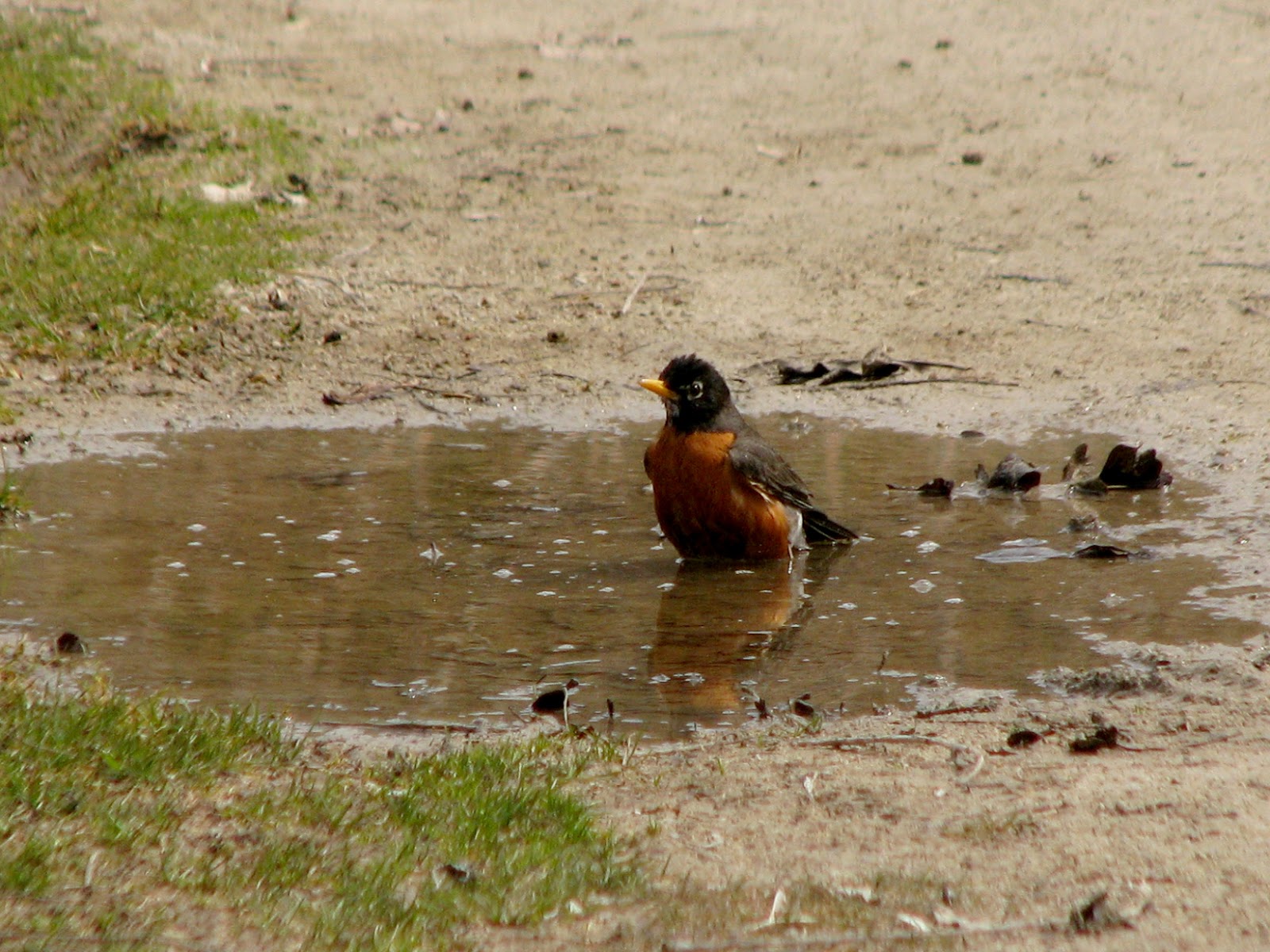 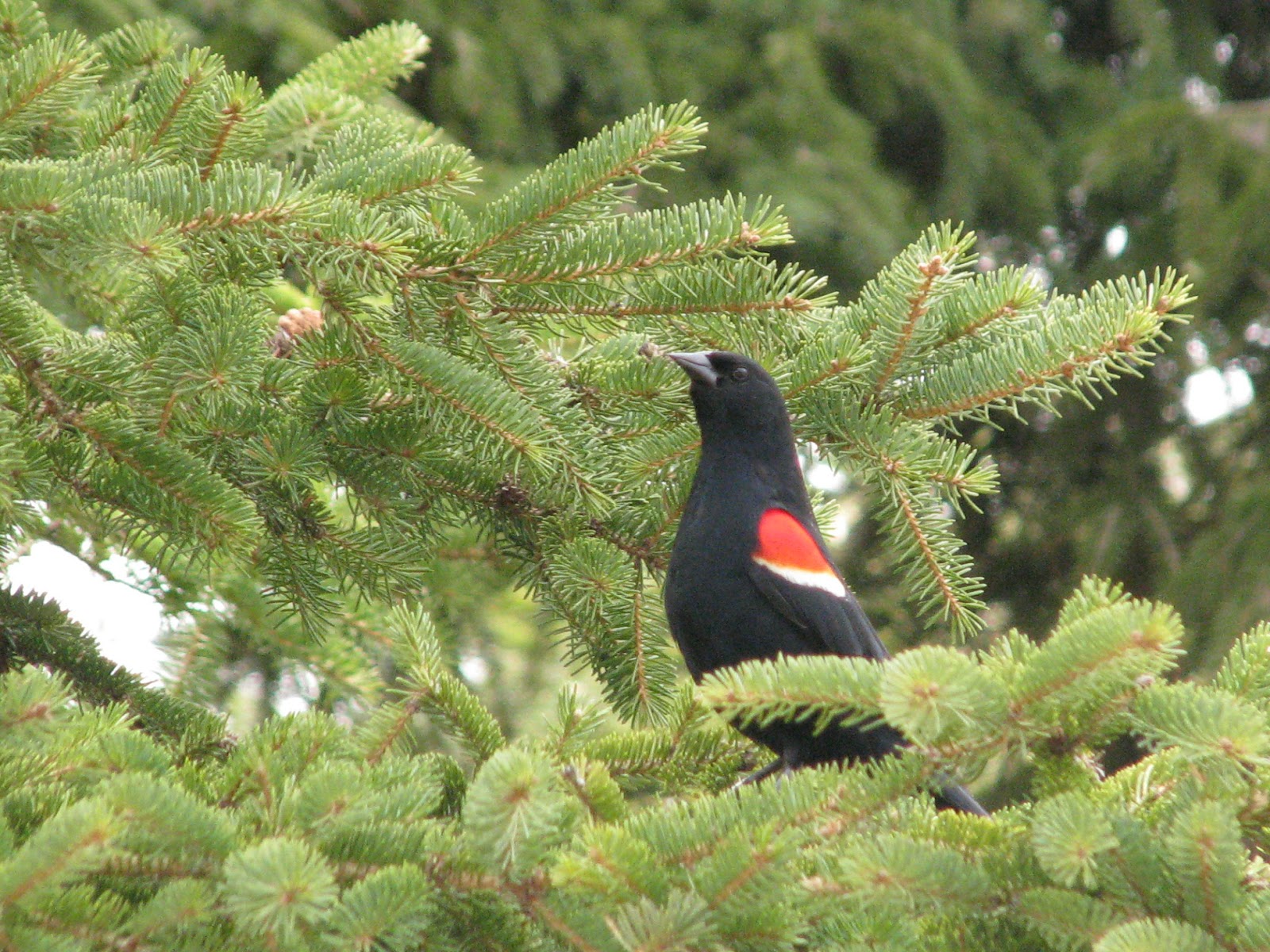 I also saw Northern flickers, a night heron, plenty of tree swallows, a brown creeper, lots of ducks and geese and sparrows, and heard a woodpecker. It had been a very nice walk and I was ready to go home when a passing young couple noticed my camera and I heard the woman say "Tell her about the owl!"

And so they did. 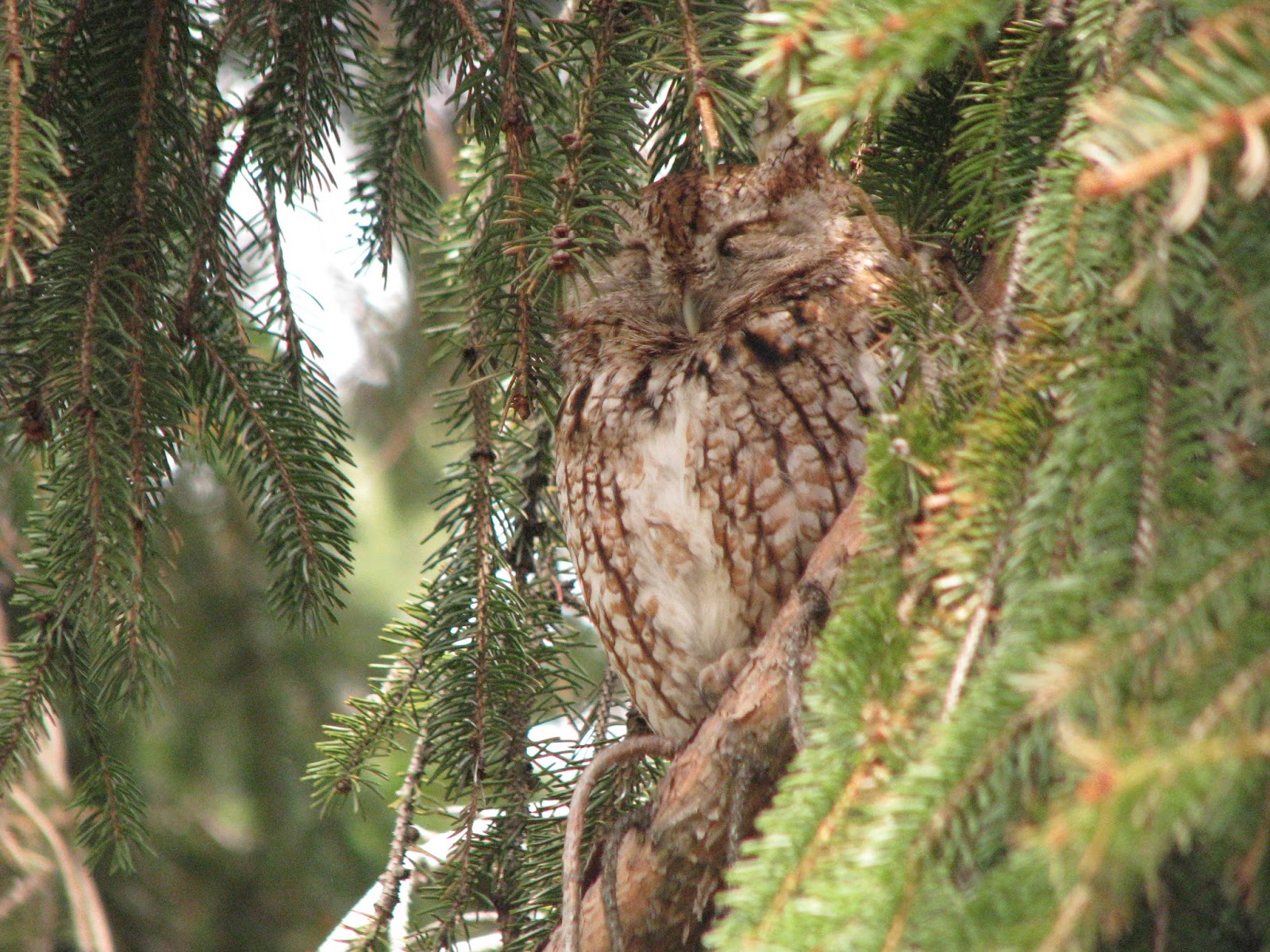 I think it was an Eastern screech owl, and I know for certain that I never would have spotted it on my own (after the couple sent me off to the right cluster of trees, another birder was the one who actually pointed it out to me).

Apparently there had been a small crowd earlier when the couple had been by, which can be a problem with owls. It's always exciting to see one, but it's important not to disturb them. I tried to be very quiet as I took a few photos, but when an eye slipped open to check on me, I knew it was time to be on my way. 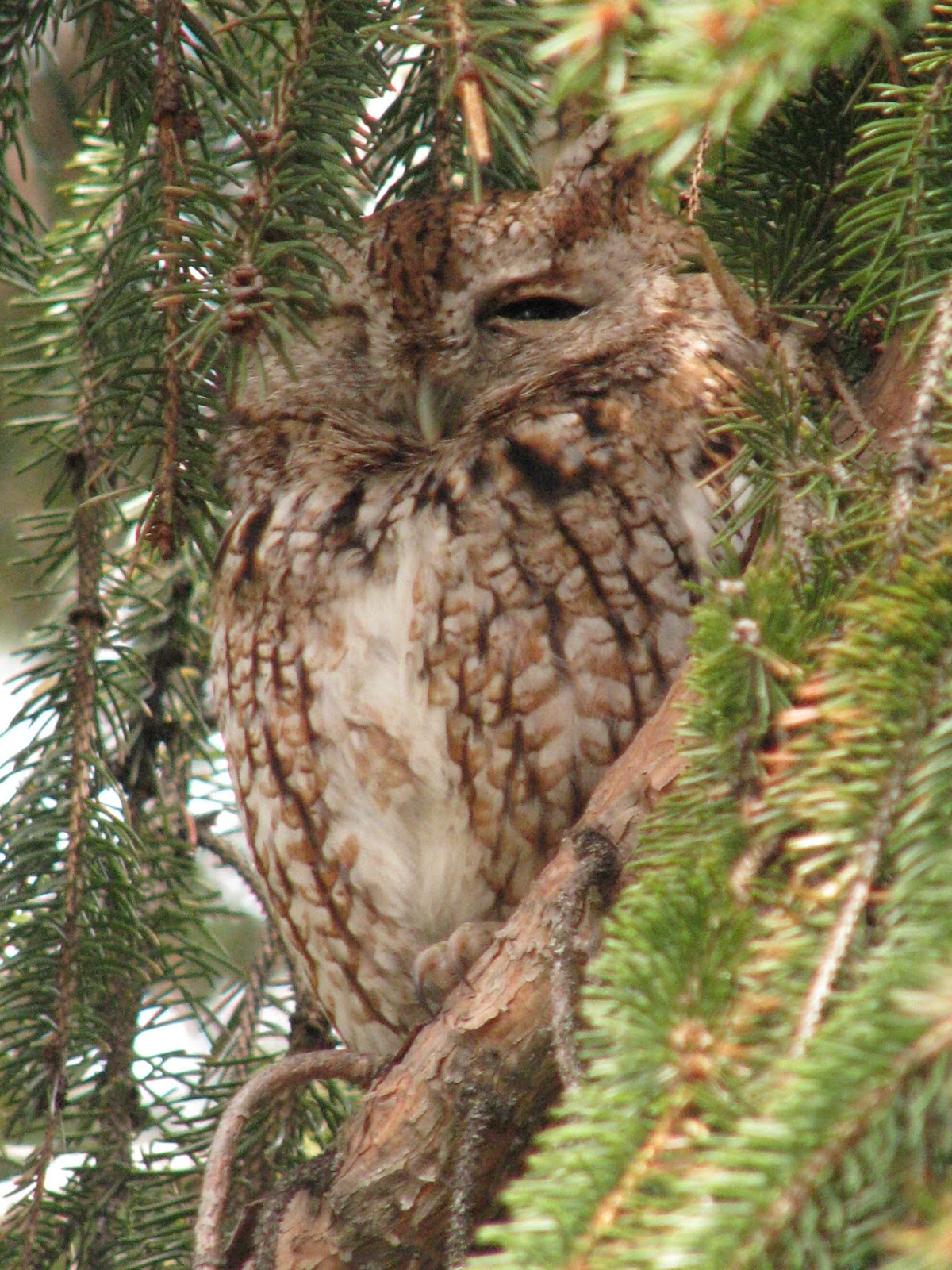