This is another place-holder post to recommend "Felix" from South Africa, which won the TIFF Kids Festival Jury Award Ages 8-10  and so will get an additional screening tomorrow (Monday April 21)!  Of course I also recommend both of the other feature-length award winners that screen again on Monday, "Regret!" and "Side by Side". Take your pick - you can't lose! 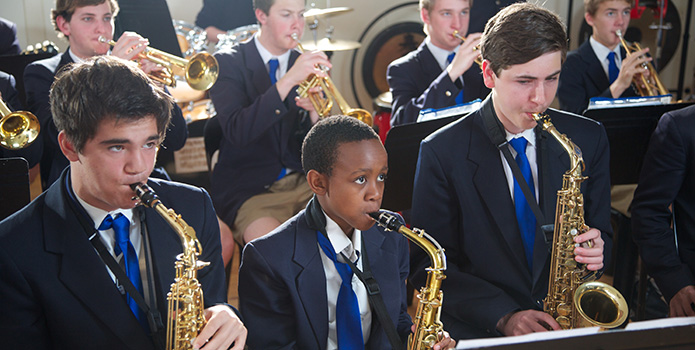 Felix lives with his widowed mother and his two younger siblings in a lower-income community in South Africa. He dreams of being a jazz musician like his father, and his acceptance-with-scholarship to a private school seems set to offer new musical opportunities along with academic ones. But after losing her husband due to his hard-living musician's lifestyle, Felix's mother is distraught by her eldest son's dreams and makes Felix choose between exploring his talent and remaining part of the family.

Felix is a lively, energetic and colourful movie with heart. All of the performances are wonderful, and Hlayani Junior Mabasa carries the film with charming ease in the title role. Telling an adult's story beside a young protagonist's can sometimes muddy a movie intended for young audiences, but this film strikes an excellent balance between Felix's story and that of his mother.

Visit http://tiff.net/festivals/tiffkidsfestival/filmschedule/felix for more movie details. (Note: The additional screening does not appear on that page. It's listed here.)