Sometimes when I go for a walk, I'm hoping for a good birding day. Maybe the weather just seems right, or I spotted a hawk through our window, or someone online has reported an uncommon sighting in the area.

Today though, I just wanted to get some pictures of the ice. 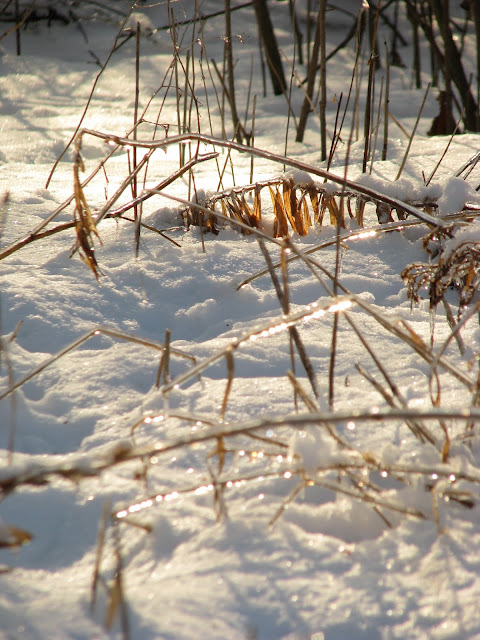 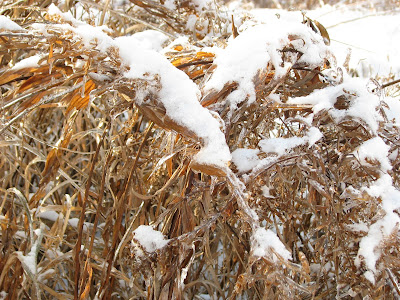 There was an ice storm in Ontario before Christmas, which knocked out power for thousands of people. We were lucky, and have been well-lit and warm all through the holidays. But today was my first chance to go out with the camera. 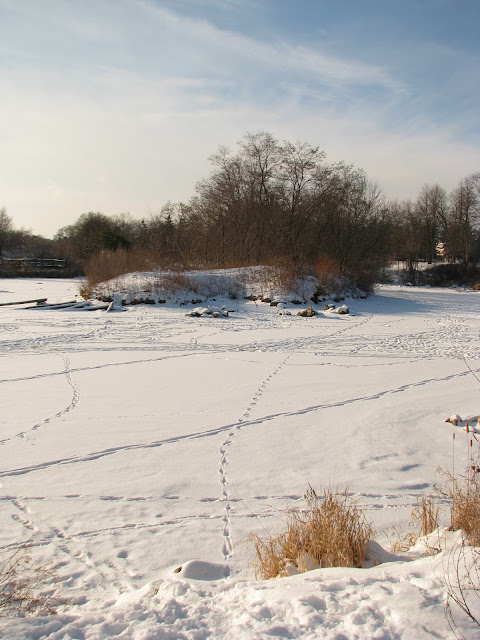 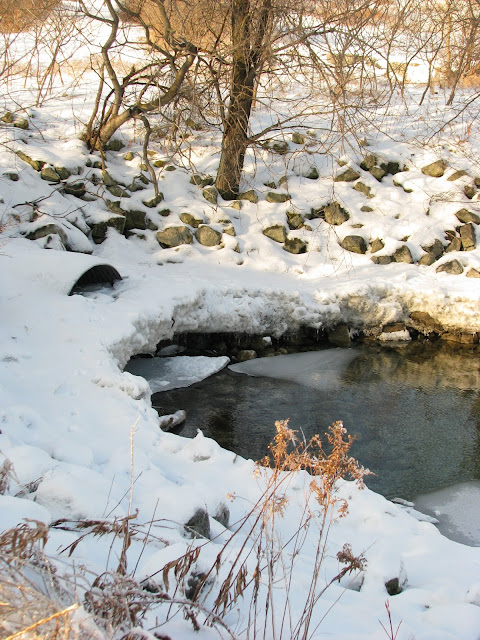 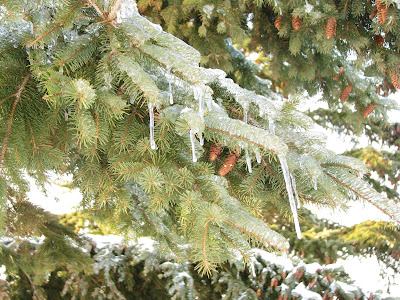 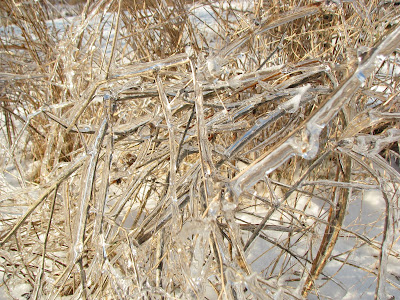 Although I wasn't particularly looking for wildlife, a Mockingbird showed up within minutes, and the ducks were out and about. 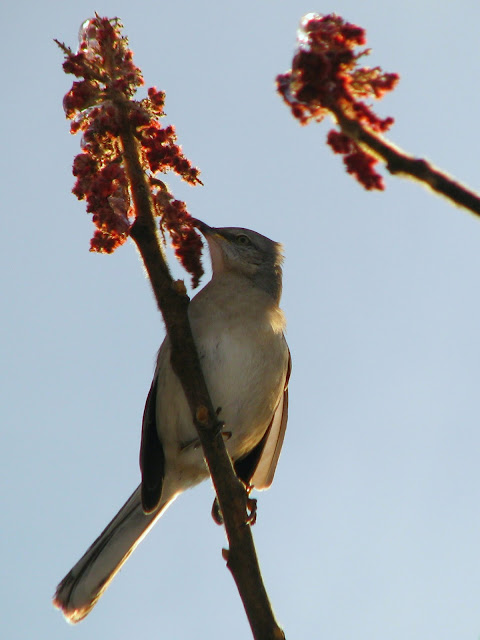 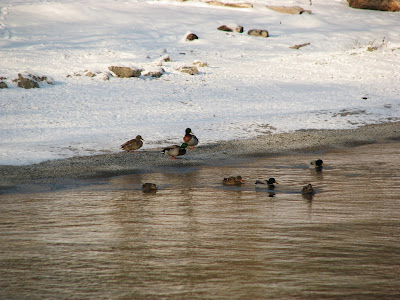 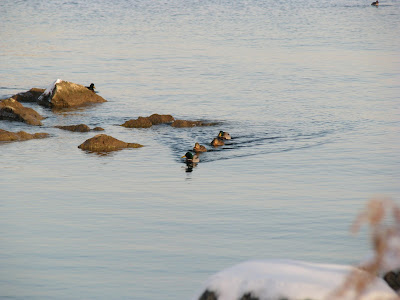 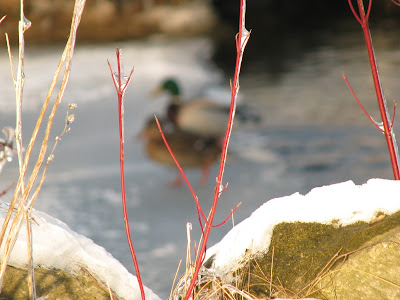 But those are the usual suspects in our neighbourhood. This lady or gentleman, however, is not: 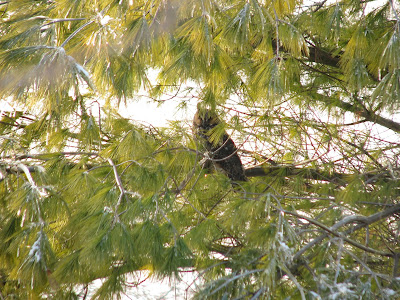 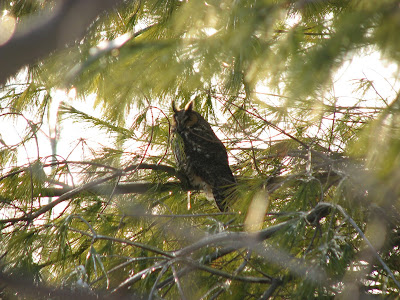 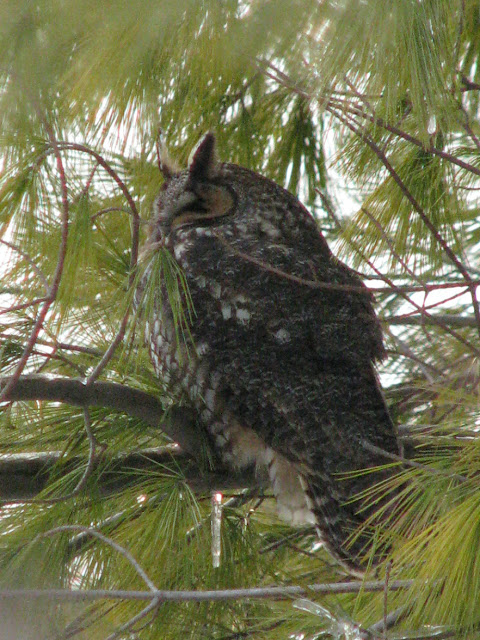 I tried not to stay too long, so as not to upset the owl who had obviously noticed me. I'd literally taken about ten steps away when I was treated to this: 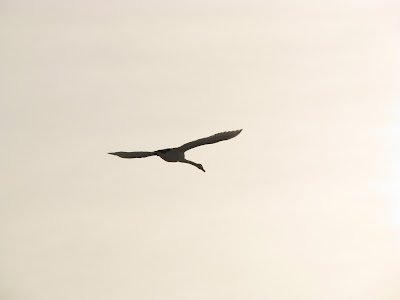 It's not a great photo, but that's a Snow goose fly-over, and the Snow goose is another first for me!

So I did get some nice weather photos, but mostly it ended up being a rather fantastic day of birding.

Here's hoping the holiday season has treated you to some wonderful surprises as well! 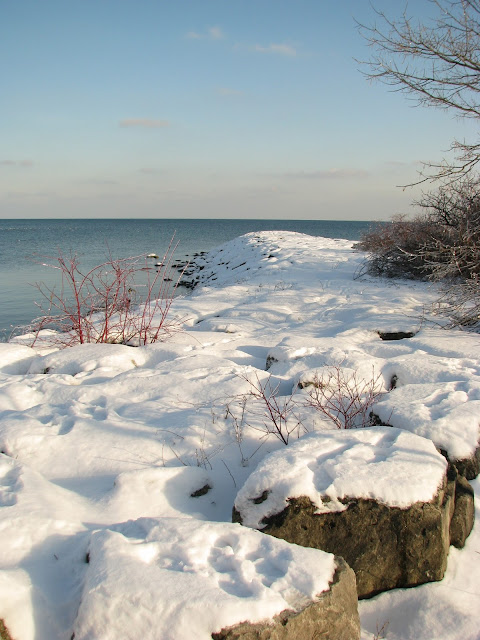 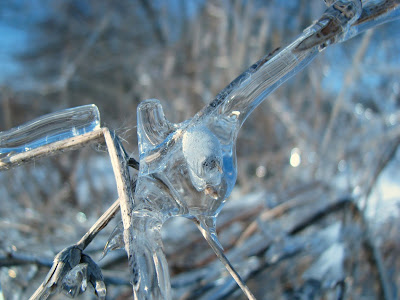 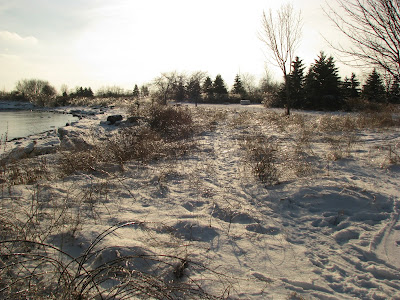 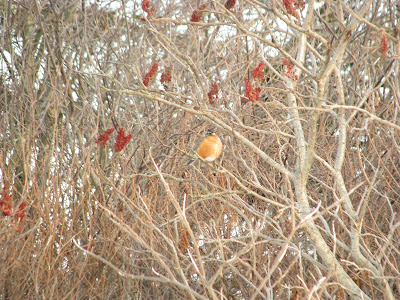 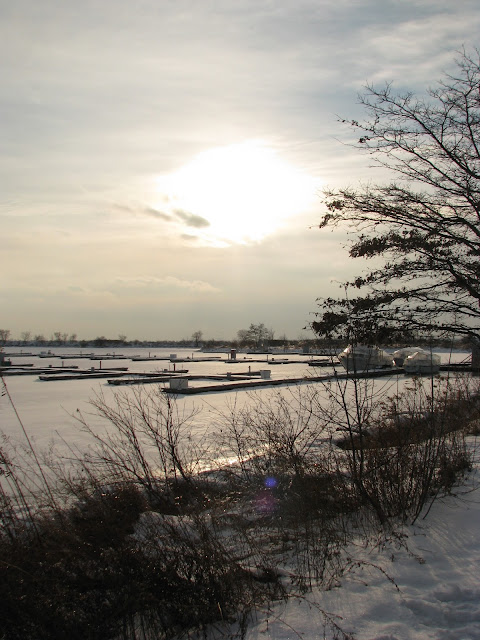 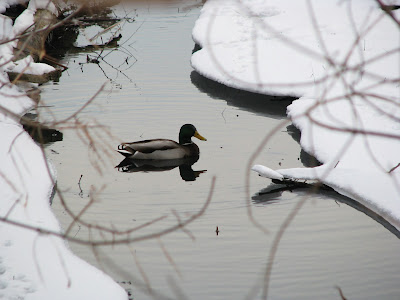 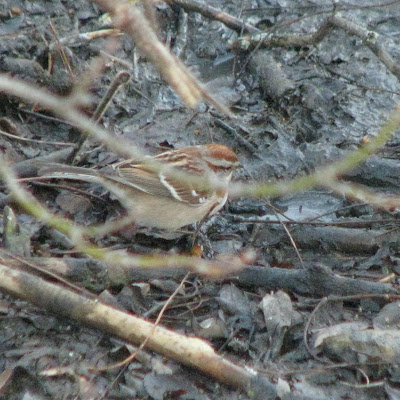 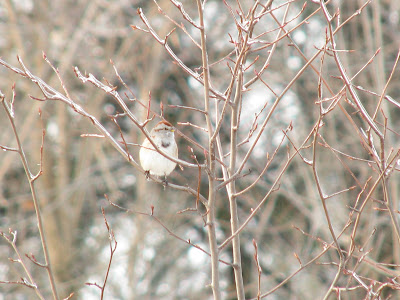 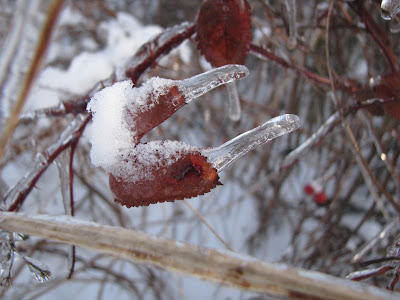 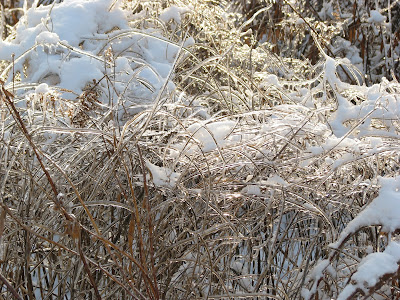 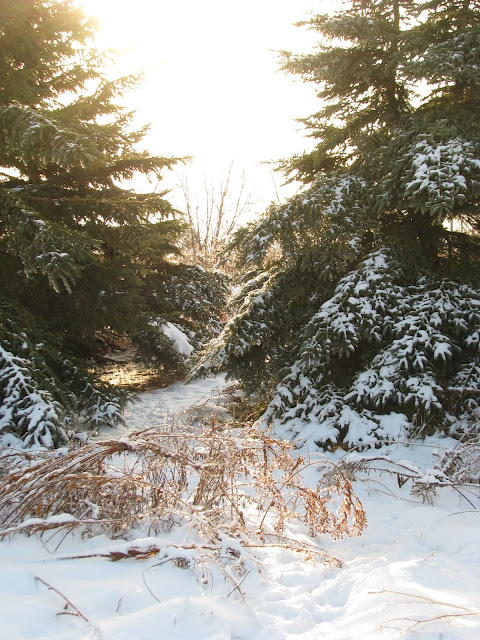 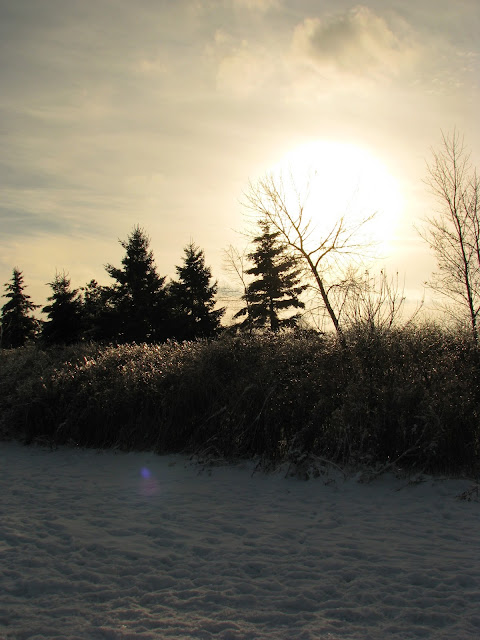 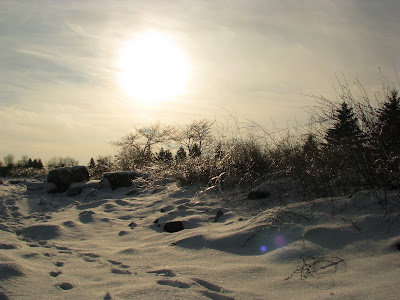