"The Invasion changed many things: the way people thought about themselves and each other, the landscape of the Earth, the very dynamics of the universe. But there were some things it did not change—things like the upper level food court of the Maddison Bay Mall."

Scotty goes looking for his first retail job, and ends up leading the fight against alien invaders. 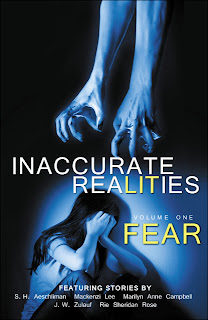 Model Citizen was first published in the YA speculative fiction magazine Inaccurate Realities. It appears in Volume One: Fear, which was published on October 22nd, 2013.

As of March 2016, you can read Model Citizen on Wattpad.