Showing posts from August, 2013
Show all

Preparing for the 3 Day Novel Contest 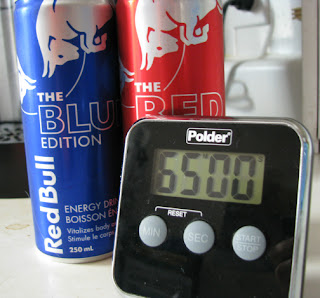 If you have no idea what I'm talking about, I did a quick interview with the CBC about my plans to participate in the upcoming 3 Day Novel Contest, an annual event which challenges writers to start and finish a new novel during the Labour Day weekend. This post will probably make more sense if you've read that interview, so I encourage you to go have a look.  It's cool, I'll wait...

Now there are a few updates since I answered the CBC's questions, and there wasn't room to talk about all of my prep in the first place, so here's a bit more on where things stand now:

Updates
The Pirate Research I still have a lot of books to get through, but on the other hand, I'm feeling committed to this idea no matter what. So, I think I'm definitely doing a pirate book this weekend - the question is how much of it will be historically/culturall…
3 comments
Keep reading » 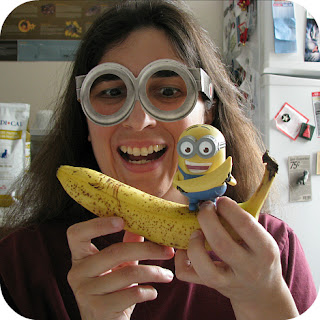 Apparently this short film featuring the Despicable Me minions has been online for years. But I only saw "Bananas" after Despicable Me 2 was released. As the name suggests, the minions get very excited about the prospect of eating a banana, but there's only one to be had.

If you haven't seen it yet, have a look:

Around the same time the video showed up for me on Facebook, my mom snagged some minion toys for a family party. They included a minion holding a banana who, when you push on his arm, says "Banana!" between giggles.

At some point, Steve said it was nice that the minions' fruit obsession might lead to some kids eating healthier. I agreed - Yes, yes, those suggestible children could certainly benefit from this pro-fruit message - and filed his observation away in the "children's media" section of my brain.

Then Steve went away for a weekend, and I went grocery shopping by myself.

Another Evening with Neil Gaiman 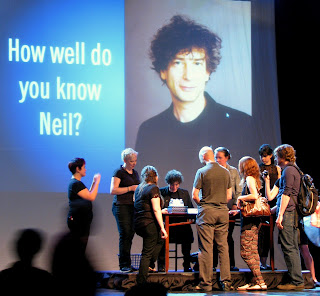 
Neil Gaiman has been one of my favourite authors for many years, so I was thrilled back in 2009 to attend "An Evening with Neil Gaiman", a quick-to-sell-out reading and signing event that was part of Toronto's Luminato Festival. I didn't really know what to expect, nor did I bother looking into it - I simply grabbed tickets as soon as I saw Mr. Gaiman post a link on Twitter. It was Neil, he would be doing stuff, and Steve and I would be there to see it. That was all I needed to know.

Unprepared for the Awesome
I can't recall now if I had heard much of Gaiman reading from his own work before that event. There are lots of audio recordings and YouTube videos and such out there, and I'm sure I'd enjoyed at least some of them.

What I do remember is being absolutely mesmerized by hearing him speak right there, in person.